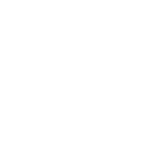 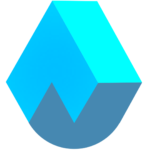 Overview
The goal of the PNT Node Pool is to collect 200,000 PNT in order to stake in the pNetwork DAO and spin up a pNetwork Node to connect to the network. All contributors who Pool their PNT, become co-owners of the pNetwork Node and Shareholders/Members of the PNT Node Pool. Ownership and all coinciding rewards are split proportional based on Pool Shares. For every 1 PNT staked in the Pool, 1 Pool Share is received. While staked in the Pool, Shareholders also farm Peerion ION Tokens. Shareholders can stake the farmed ION back into the Peerion DAO for governance power over the entire ecosystem and additional reward claim. Learn more

Security: The Pool itself is governed by a DAO and acts as a multisignature vault, known as the Node Pool Vault. When there is a need to move assets outside of the Pool, a Gnosis Multisignature Safe is used. Peerion acts as the delegate to establish the safe, and the Pool DAO acts as the other signatory. Therefore, control over the underlying collateral will always remain decentralized.

Layer 1
The xDai Chain – an EVM compatible, Layer 2, stable coin side-chain, based on the DAI Token, and backed by a decentralized network of nodes.

Layer 2
The PNT Node Pool is governed by a DAO which is secured and powered by DAOhaus Technology. DAOhaus is a decentralized governance platform which offers an easy-to-use interface for interacting with smart contracts across multiple blockchain networks.

After year 2, the pNetwork DAO staking rewards come to an end, then only network fees are collected going forward.

2. Once Pool Shares are received, ION Tokens begin to be farmed automatically, and continue until Shares are burned.

3. Until the required 200,000 PNT is staked in the PNT Node Pool, the underlying PNT is non-custodial and can be withdrawn at any time by burning shares.

4. Peerion, as pool delegate, will generate a Gnosis Safe once 200,000 PNT has been successfully pooled, and act as co-signer along with the DAO to the Pool’s official Gnosis Multisig Safe that will manage the PNT.

5. After the Gnosis Safe is established, a request will be created to withdraw the PNT to the Gnosis Multisig Safe account.

6. The Gnosis Multisig Safe Account will be responsible for staking the 200,000 PNT in the pNetwork DAO on mainnet.

7. Once the requirement of 200,000 PNT is staked in the pNetwork DAO from the PNT Node Pool, Peerion will spin up a pNetwork Node.

8. A pNetwork Node costs an average of $300 a month to operate. The overhead costs and management effort will be subsidized by Peerion.

9. The transaction fees collected from node operations will then be deposited weekly, via the Gnosis Multisig Account, into the PNT Node Pool Vault.

pNetwork DAO Staking Rewards
When 200,000 PNT is collected in the PNT Node Pool, it will be staked in the pNetwork DAO. The stake is required to act as a bond to connect the node to the network. Once the 200,000 PNT is staked, it will automatically be exposed to the DAO staking rewards. The staking rewards are 42% for year 1, and 21% for year 2. The rewards are in PNT and locked for one year from the date of receiving, and once unlocked they will be added to the PNT Node Pool. Staking rewards come to an end August, 2022.

pNetwork Transaction Fees
Every time a peg-out transaction occurs for any pTokens on pNetwork, a 0.25% fee is taken. And when a peg-in/out transaction occurs for any pNetwork Portal, a 0.05% or $5 fee (whichever is greater) is taken. The fees collected are pTokenized versions of the native chain for the peg-out. For example, if a pBTC peg-out occurs, then 0.25% of the pBTC will be distributed to the PNT Node Pool Vault.

PNT Node Pool Distribution
In the beginning, it is proposed that all node rewards earned be converted into PNT and added back into the PNT Node Pool Vault. The main reason this is proposed is to facilitate a buy-out option for existing Shareholders. It is important to note that once the 200,000 PNT is pooled and staked in the pNetwork DAO, it will remain locked until a Pool vote passes to shutdown the node. Therefore, it is necessary to offer an exit strategy for Shareholders. Existing Shareholders should be incentivized to allow buy-outs because it will increase the remaining Shareholders’ reward proportions going forward.

See the chart below for a basic visual understanding of the Node Pool flow:

If the PNT buy-out pool is well stocked, a proposal can be made to diversify the Node Pool rewards with the various pTokens collected for transaction fees.

Buy-out Process
A buy-out includes the initial PNT that was added into the Pool by the Shareholder when they joined and a proportional reward claim to anything in the Node Pool Vault. There are 4 steps to the buy-out process and a mechanism in place to handle it effectively.

Step 2. The other Node Pool Members approve the buy-out request

Step 3. The buy-out amount is sent to the Shareholder

Step 4. The Shareholder then burns their Shares and receives their proportion of the Node Pool Vault rewards

Loot, Looters & Lootings
In the case that a Shareholder requests a buy-out and there are not enough rewards in the vault to cover it, there is a mechanism in place to enable a non-member to add capital to cover the buy-out in return for a reward share. This mechanism is called ‘Loot’. Think of Loot as a Share but without any voting power. In other words, a Loot is equal to a Share in regards to reward claim, but someone who owns Loot (a Looter) is unable to vote. This keeps the original co-owners of the Node in control of the Pool, but allows a swap in reward share in exchange for a Looter to cover a buy-out for a Shareholder.

Step 2. The public bids up to the amount of Shares (Loot)

Step 3. The bids are voted on by the Shareholders

Step 4. A bid is chosen, the new capital is accepted and Loot is distributed

In the event that a Looting is required for a buy-out, the public will be able to bid on the reward shares for an allotted amount of time. The highest bidder is chosen when the bidding time expires. Looters can also receive buy-outs, but only based on a 1:1 Loot to PNT ratio.

In other words, if a member needs a buy-out for 10,000 Shares, a potential Looter can bid 11,000 PNT to cover the buy-out and receive 10,000 Loot in return, and the extra 1,000 PNT is added to the Pool Vault as an entrance fee. Then if that Looter would want a buy-out, they would only receive the 10,000 PNT back, and can then exit by burning their Loot for a proportional share of the rewards in the Pool Vault.

Reward Airdrops
All rewards collected from PNT Node Pool activity are deposited into the Pool Vault. There is obviously a need for profits to be realized by the Shareholders and Looters. A proposal for scheduled or random airdrops can be made by any Shareholder, which initiates a vote that must be majority approved by the other Shareholders. If approved, the proposed amount of rewards will be allocated for distribution and all Shareholders and Looters will receive their proportional reward share.

*The initial proposed rewards distribution schedule is set to airdrop rewards every 30 days.

The airdrop works by sending the reward allocation to the Gnosis Multisig Safe and using the Disperse multisend dapp. A snapshot will be taken at the proposed time to determine current Shares and Loot proportions. The airdrop must be approved by the Pool DAO in order to be distributed.

See the chart below with the added airdrops and Loot:

In order to become a pNetwork Node, 200,000 PNT must be staked in the pNetwork DAO, which earns 42% APY in staking rewards until August 2021. After that point, the APY is cut in half to 21% APY and remains so until the staking program is terminated in August 2022.

Once the 200,000 PNT is staked in the pNetwork DAO and the pNetwork Node is deployed, the Node will start earning 0.25% on peg-out transactions, and 0.05% or $5 (whichever is greater) for all pNetwork Portal use in both directions (peg-in/out).

Based on the pNetwork ‘Peg-out’ volume of the last 30 days, potential reward earnings can be calculated.

To calculate a node’s earnings simply multiply the peg-out volume (x) (found on the pNetwork Node page) by peg-out fee (y) and then divide by the number of nodes (z) to get the node reward amount (n).

The formula to calculate node earnings looks like this: (x * y) / z = n

As an example, 30-day projections on reward earnings are shown below based on a 10% stake in the PNT Node Pool with scaling volume and active nodes.

With the high threshold of 200,000 PNT to become a pNetwork Node Operator, it is difficult for one to achieve alone. Peerion’s PNT Node Pool offers an easy entry point with only a minimum contribution of 100 PNT. The pNetwork DAO staking rewards will come to an end by August 2022, and co-owning a pNetwork Node is a way to not only continue receiving rewards, but support pNetwork into the foreseeable future.